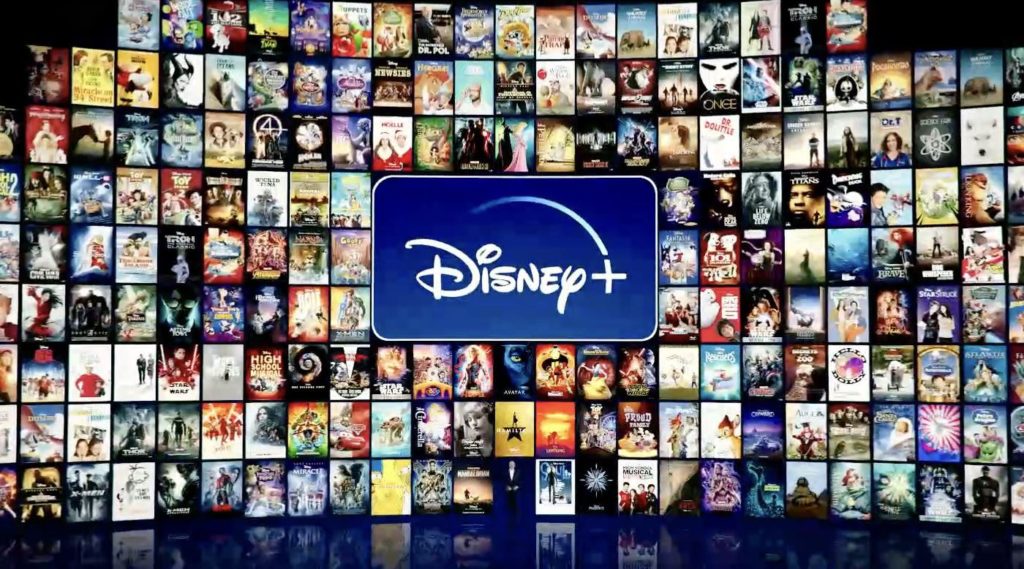 Disney Plus comes to us from the multi-billion dollar company Disney itself. It has all the IPs you know and loves such as Marvel Studios, Star Wars, National Geography, Pixar Animation, and Disney itself.

Disney Plus has been growing rapidly in various countries around the globe, in fact, it recently just crossed it 5 years subscribers growth plan in just 8 months due to the pandemic! It has some great originals such as WandaVison, The Mandolorian, Hamilton The Musical, Welcome to Earth and so much more.

But chances are that if you are not a big Marvel fan or Star Wars fan or Disney fan all together then you might not like what they have to share. Because their originals highly rely on the IPs they own and they proudly promote it. But they are not as different and varied as other popular originals from different streaming companies.

And since streaming nowadays is considered the most efficient and popular way to make money by major studios, therefore every major studios has now its streaming service. Which can be a bit money-minded.

Because Movie studios like Disney aren’t allowed to own movie theatres so that makes them pay for the distribution charges and all the other backhand purchases that we don’t know about.

With your own streaming platform movie studios have full control over their IP from inception to release and that can mean for us overabundance of content and paying out more than we usually pay for either our movie tickets or cable subscription.

That’s why I have created down a perfect list of Disney Plus alternatives that can be your one-stop destination for all your entertainment where you can get rich and varied Originals along with some new and old popular films you know and love.

What are the best Disney Plus Alternatives?

Disney Plus’s biggest rival in the market is Netflix. They have in a way used Netflix to build their platform. You see back when you had shows like Marvel’s Daredevil, Luke Cage, and other Marvel projects, Disney was learning so much about the world of streaming from 1st hand sources.

And when the time came they launched Disney Plus as a competitor to Netflix and wishes to overthrow it as early as 2024!  But for now, Netflix is the biggest streamer in the world of streaming and there is no point in denying it.

They have over 150 Million Subscribers and growing, they constantly top the trending charts with their Originals such as Stranger Things, The Witcher, Bridgerton, Tiger King, or the latest Squid Game.

Netflix constantly improves itself and tests itself so that it maintains its reign in the world of streaming. They come up with interactive shows like Black Mirror: Bandersnatch or bring in Academy Award-winning Directors to direct their original films like The Irishman directed by Martin Scorsese or Roma directed by Alfonso Cuaron.

Rumors even suggest that Netflix is hiring various gaming experts to introduce high-profile gaming onto their platform like Google Strada so as to make Netflix appeal to all and become a one-stop destination for everything entertainment. You will have web series, movies, and gaming.

Netflix generates most of its revenue from subscriptions. We have listed the pricing of Netflix in detail below.

Disney Plus finds Netflix its competitor so that means that they are a Disney Plus alternative. You can literally get everything there and more but with so much content you may find it difficult to choose and just end up watching Friends all over again. Everyone cannot afford Netflix hence we have listed the best free netflix alternatives.

Netflix gets a rating of 4/5 stars

Prime Video can act as a Disney Plus replacement as it is really booming in the streaming world. Its originals such as The Boys, Marvelous Miss Maisel, Killing Eve have been appreciated by both the critics and the fans.

Jeff Bezos’s video streaming service was actually started as an online rental and download site called Amazon Unbox. But since then this rental website has turned into a full-on streaming app like Disney Plus and has been doing really well.

Pro and Cons of Prime Video

Prime Video is actually a really good stream site that has over 175 million subscribers across the world. It has a great user interface and some of the most popular web series. If you are going to switch to Prime Video do check out the web series Truth Seekers by Nick Frost,  very underrated and equally good. Amazon Prime Video has a lot of content but if you want more apps like Amazon Prime Video we have listed them.

Prime Video gets a rating of 4/5 stars

Hulu is a deserving candidate to be a Disney plus alternative. It has been around since Netflix and is available in the US and Puerto Rico. Hulu sets itself apart from other streaming platforms like Disney Plus by integrating various add ons and including live tv in their platform as well.

So when you are purchasing an account for Hulu you are not just paying for Hulu originals but also for various features such as Live tv, various add ons like HBO Max and so on. Granted you’ll have to pay extra for the features but that just makes it an all-in-one place for entertainment and that is what this article is about.

Also read: How many screens can I watch Hulu simultaneously?

Pro and Cons of Hulu

Hulu is a great Disney Plus alternative, in fact, it is actually owned by Disney so you can get both with a Disney Bundled pack which will cost you $13.99/month. If you are not happy with Hulu or find it very pricy then here are the best hulu alternatives.

HBO Max joined the streaming war fairly late and has tried all the options to make it one-stop destination such as releasing Friends: The Reunion, Zack Snyder’s Justice League,  releasing the entire WB 2021 movie slate with a day-in-date release on its platform without any extra charges, which really stirred a lot of backlash towards them.

HBO Max has actually lots to offer, HBO itself is known for producing world class content that is appreciated by everyone such as Watchmen, Game Of Thrones, His Dark Materials, and more and that’s not all, they have access to Crunchyroll so that means all the Anime lovers can also enjoy.

Pro and Cons of HBO Max

HBO Max is a new streaming service but is really fighting its way to the top 3 spots of the streaming giants that are Disney +, Netflix and Prime Video and can actually act as Disney Plus competitors in the future.

Apple TV Plus is a streaming service provided by Apple and it can very well be appreciated by all Apple lovers because it integrates into their hub perfectly well. Apple Tv Plus is relatively new when it comes to streaming but is a popular opinion for various filmmakers such as M. Night Shyamalan, The Russo Brothers, Justine Timberlake, and more.

It has some really premium-looking high standard web series, Servant and Ted Lasso being the one which is their most talked series in terms of praises from both critics and fans. They are making their way to please all the Apple fans by giving 3 months free trial to Apple TV Plus for eligible Apple products. Apple TV plus is expensive and most of the users find it really expensive hence we have listed the best Apple TV plus alternatives.

Price of Apple TV Plus

Features of Apple Tv Plus

Pro and Cons of Apple Tv Plus

Review on Apple Tv Plus

Apple TV executives have created a very good Disney plus alternative. Apple Tv Plus is certainly not a Disney Plus replacement but a side-purchase to Disney Plus. It has some great but limited content that is sure to rise up. But for now, it is still in its starting phase and that’s why on the bottom of the list.

Rating on Apple Tv Plus

Apple Tv Plus gets a rating of 3/5 stars

Look at the end of the day we have a lot to choose from and a lot of industry heads are talking about streaming being the new era in terms of how we consume content and this pandemic has nothing but help that.

But we want something at which we can be most content without paying too much just to watch too little, that’s why the above named apps like Disney Plus are a great alternative for you as they offer you a lot for less.