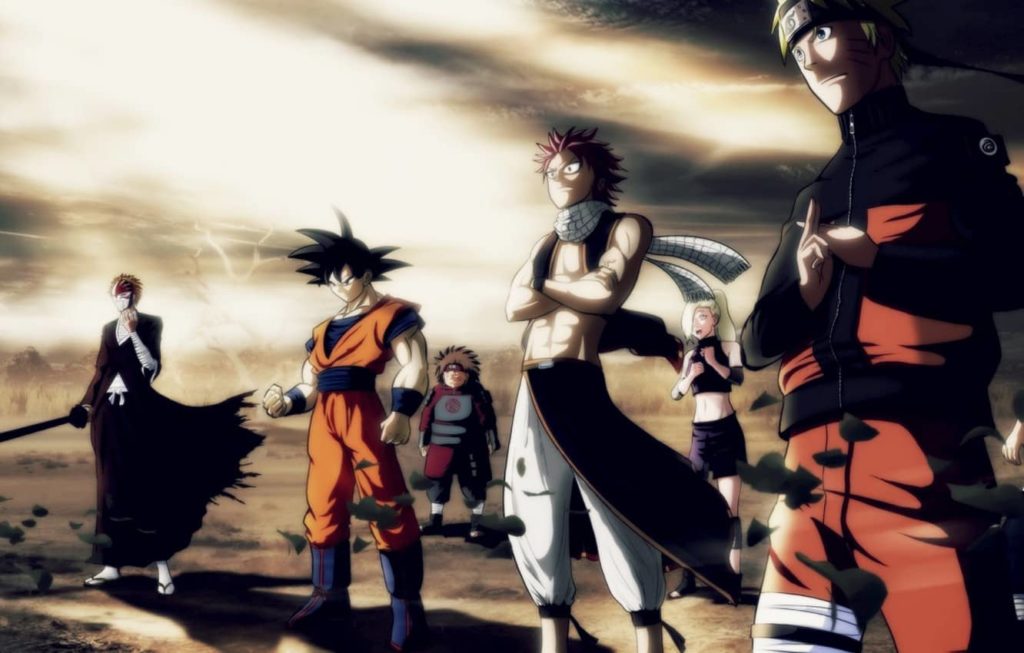 Anime is not only known for its heart-warming stories but also for its breathtaking action scenes. People of all ages and genders love good action sequences when done right. Generally, all anime movies choose to make action sequences with quick cuts and edits for a much more energetic feel, but it often leads to a choppy sequence where you can’t figure out the head or tail of the film. So after watching over 100 action-based anime movies I analyzed several factors like character developments, action quality, fighting techniques, emotional bonds, motives, story, and overall message to come up with this list of the best action anime movies.

But before reading about the action movies you can also take a look at the best anime of all time and if your current streaming options do not come with anime streaming I have also compiled a list of the best anime streaming websites that are available worldwide. Now without further adieu, here is my pick on the top anime movies with loads of action scenes.

Starting off the list we have the classic 1993 film that inspired the action sequences for The Matrix. Ninja Scroll is a film about Jubei, a highly trained ninja who’s now a paid assassin. Determined to stop demon Ninjas called Devils of Kimon, Jubei goes through a journey of self-discovery.

Ninja Scroll is a classic when it comes to Anime movies and still holds up almost 30 years later.

Ninja Scroll has some breathtaking action sequences and a plot that actually holds up and isn’t heavily relied on its action. The fight sequences are crisp and fast and very very brutal (NSFW) so make sure you don’t have any kids near you when you are watching this film.

Ninja Scroll is sitting at 94% on Rotten Tomatoes and we give it a rating of 4/5 stars.

Akira 1988, not the 2016 one starring Sonakshi Sinha, is a cult classic and is always credited as THE film which popularised Anime in America and other countries outside of Japan.

Akira tells a story of a dystopian world in the year 2019 after World War III and is the adventure of Tetsuo Shima when he encounters Supernatural Powers.

Available On:- Hulu and Funimation

Akira is a film that has a huge fan base who love the film for different reasons. Some love it for its cyberpunk aspect, some for its very gory and brutal action sequences, some for its psychological themes, and some for its beautiful animation.

It is a film that requires multiple viewings to understand its true meaning because it has a lot of deep layers and reflects on the society that we live in today. It is a cult classic and for very good reasons as well.

Akira is sitting at a 90% rating on Rotten Tomatoes and we give it a rating of 4/5 stars.

Sword of the Stranger is considered as one of the gems when it comes to Anime movies but not a lot of people know about this film. Sword of the Stranger takes place in Medieval Japan where Kotaro, a young boy along with his dog Tobimaru, gets hunted by evil swordsmen called ‘Mings’.

Kotaro and Tobimaru escape the Mings and meet across a stranger swordsman with a haunted past and from there the story of Sword of the Stranger starts.

Review on Sword of the Stranger

Sword of the Stranger is a beautifully animated movie with some of the best action put into an anime movie. They are fast and fluid and serve the narrative. The story is an Action/Thriller which delves into Mystery as well.

The soundtrack and music in this film are also very well made by the composer by Naoki Satō and is a very good time. A must-watch for sure.

Rating on Sword of the Stranger

Sword of the Stranger has a rating of 8.3/10 on MyAnimeList and we give it a rating of 4/5 stars.

Talking about movies with the longest name possible, GITS: SSS is a continuation of the TV Series Ghost In The Shell: Stand Alone Complex. The story follows a Major who is on an investigation for a person called “The Puppeteer”.

GITS: SSS is a lesser-known film in the franchise since it was not released in the theatres and was actually a continuation of the 2 Season series The Stand Alone Complex.

As mentioned above, GITS: SSS is a thriller/action film that gave the series a breath of fresh air as the other two films were much more sci-fi-heavy and a lot more thought-provoking. GITS: SSS is a lesser-known of the three but is still very much liked by fans and critics alike for its digital animation, superb action sequences, and great characters.

Dragon Ball Super: Broly is a 2018 film that takes place after The Tournament Of Power. The film focuses on the character of Broly, a Saiyan warrior who soon becomes the biggest enemy Goku or Vegeta ever faced.

Being a Dragon Ball film you are expected to be well-versed in the world of Dragon Ball to enjoy this film because it has a lot of nods and callbacks and continuation of the series of Dragon Ball.

Dragon Ball Super: Broly has one of the best action sequences in the entire Dragon Ball franchise. It is fast-paced, intense, and very satisfying to watch. The fight choreography is not choppy at all and certainly leaves your breath taken.

But that’s not the only thing Dragon Ball Super: Broly has going for, it actually has great character work for its titled character Broly and for Vegeta and Goku as well. The animation is fantastic with colors that pop from your screens and the score is great too.

If you are a Dragon Ball fan this movie will provide you everything you could ask for.

Dragon Ball Super: Broly is sitting at 82% on Rotten Tomatoes and we give it a rating of 3.5/5 stars.

Anime films are a work of art. The creators spend years and years in hand drawing these beautiful pieces that we get to see on the big screen and creating action sequences of this level of intricacy is no joke.

It requires the art of patience and storytelling to craft such wonderful films and action sequences and the above 5 films are an example of that.

Each film on the list has greater themes behind those fighting sequences and can not be replicated elsewhere. Hope you found the list helpful and have your movies picked for the weekend!